A SaaS Takeover of Corporate Data

A new paradigm of publicly available, Internet-based applications has emerged over the past decade that has resulted in a massive shift from internally deployed commercial applications to those that are cloud-based. The first major manifestation of this shift was the adoption of Software as a Service (SaaS) applications developed, sold and maintained by vendors, such as Salesforce.com, NetSuite, Microsoft, Box, and Dropbox.

The SaaS model makes it possible for technically unsophisticated users to acquire and use applications without taking adequate steps to protect enterprise data. The use of unsanctioned (at least by IT) SaaS applications (so-called "shadow IT") can create a risk of major data leakage and regulatory noncompliance, whether by accident or malicious intent. Even if SaaS users are aware of the need for security, their ability to protect data is dependent on tools provided by the vendor, which may not be sufficient for the task.

As a result, SaaS applications represent an enticing threat vector for attackers because they provide gaps in security visibility and the potential for threat transmission directly into a target network.

Whether you've just implemented Palo Alto Networks products or have been administering them for years, make sure you're maximizing their full value by reviewing best practices for securing data within SaaS applications.

As with any technology, there is usually a gradual approach to a complete implementation, consisting of carefully planned deployment phases meant to make the transition as smooth as possible, with minimal impact to your end users. With this approach in mind, we recommend a phased approach to implementing Aperture. The goal for your SaaS security implementation should be to end up with a robust set of policies to identify sanctioned, unsanctioned, and tolerated SaaS applications, and protect the data they house.

For each sanctioned application that has been identified, assess the security features provided by the vendor and identify any security gaps that may be of concern. For example:

The result of this analysis will help you to determine which features and security policies should be implemented on both Aperture and the NGFW and in what sequence.

Figure 1: The SaaS Application Usage Report provides valuable SaaS application information, including which applications are being used, the number of sessions and amount of data moved by each user, and breakdown file types and malware detected

Because Aperture is a pure SaaS application, it does not require the installation of any hardware or resident software on your systems. Simply log on to your Aperture administrator account, using credentials provided by Palo Alto Networks, and change your administrator password.

Connect supported SaaS applications to Aperture by authenticating to the application using an administrative account. Upon authentication, the Aperture service receives a token from the cloud app, which it uses to establish and maintain a secure connection. The Aperture service then connects directly to the application programming interface (API) for the specified application, enabling it to scan all historical data that resides within it, monitor changed or new data, and identify policy violations and their associated risks.

If a scan reveals that the exposure level for an asset has been exceeded, that will generate an alert.

Aperture contains policies that are enabled by default, including:

You can also create custom policies that use keywords or regular expressions to identify policy violations. Aperture also includes a policy to identify source code.

Aperture includes retroactive policy enforcement. When you add a new SaaS application, Aperture scans it and gathers detailed information about all users, metadata, and file contents. During this initial scan, Aperture identifies and sorts risks and exposures by severity for every asset across all supported SaaS apps. You can view the sorted list of risks in the Aperture Dashboard.

When a scan generates an alert, the following actions are available to you, depending on the type of alert:

After the initial scan is completed, Aperture will automatically continue to scan the SaaS application in near-real time to detect future policy violations.

Over time, as you gain more experience with Aperture, you may decide to either add a new policy rule, or fine-tune an existing policy rule. 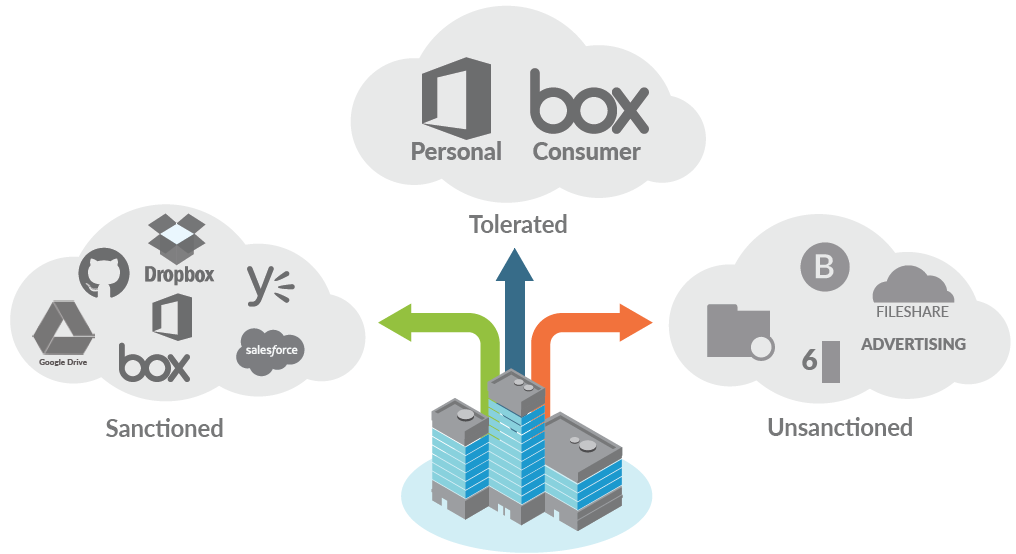 You can also assign an incident category to a risk, which makes it easier to filter and view risks by category, speeding up your ability to detect and respond to specific types of risks. Default categories include: Testing, Personal, Business-justified, Dismissed, Review, Incident, False positive, and Unreviewed. You can customize this list to either add or delete a risk category.

Aperture works in conjunction with the NGFW as part of the Next-Generation Security Platform to mitigate risks to your organization from unsanctioned SaaS applications. An extensive App-ID library within the NGFW provides instant classification and fine-grained controls for unsanctioned SaaS applications you choose to tolerate, providing you with the ability to control access at a granular level.